Reading Football Club has been a member of the Football League since 1920, when the Third Division was introduced. The best result came in 2007 with an eighth place in the Premier League. They have reached the semi-finals twice in the FA Cup and quarter-finals once in the Football League Cup. The club faced a big economic struggle at the late 20th century before it was taken over by Sir John Madejski in the 1990s. 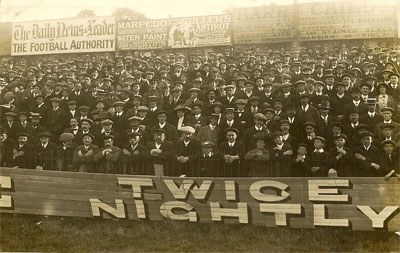 Team supporters at Elm Park stadium back in 1913