The second established football club in Sheffield, Sheffield United FC, was the first English football club with “United” in its name. The reason for the name was that many parts joined to form a club. They have won the British top league once and the FA Cup four times. 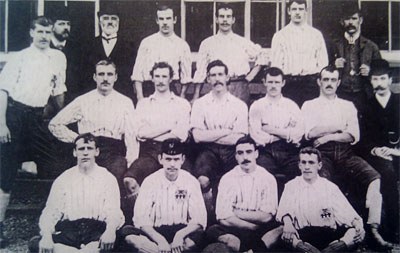 Sheffield United squad from the 1890-91 season.

The Sheffield United club was founded in 1889, 32 years after Sheffield Wednesday. The 1890s was the best decade for the club. The won the Division One once (1897-98) and was twice the runners-up. Ten years after its establishment, Sheffield won their first FA Cup. Since when the club has won the Cup three more times (1902, 1915 and 1925).

They became a member of the Football League in 1892. They were elected to the second of the two tiers, but after placing second they were elected into the top-tier for the next season. They would stay in the first division for many decades, until a relegation in 1934.

Sheffield United was one of the teams participated in the first edition of the Premier League in the 1992-93 season. They managed only two remain two seasons before being relegated.