Founded in 1932, Wigan Athletic, has only been a member of the English Football League since 1978. Their best result, a tenth position in the top division, was achieved in 2006. Besides that, their biggest merit is the FA Cup victory in the 2012-13 season after beating Manchester City in the final. 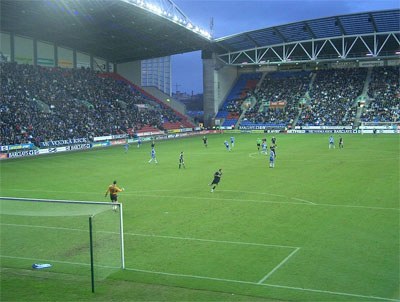 The JJB Stadium in 2005, before the name changed to DW Stadium.

When Wigan Athletic started its activity in 1932, which is relatively late for an English football club, had other local clubs such as Wigan County, Wigan Town, Wigan United and Wigan Borough existed for a while.

The Wigan club started climbing through the league system after finishing third in the Fourth Division in the 1981-82 season. After spending about two decades in Division 3 and Division 2, they could finally take the step to the top-flight in 2005. When they managed to stay in the exclusive Premier League for eight seasons in a row.