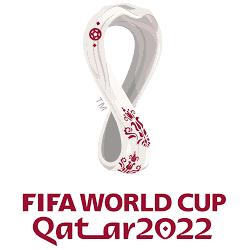 The choice of choosing Quatar as host country for the World Cup was criticized both in regards of the weather conditions and the bidding process which was circled with corruptions rumors. The next issue was arising during the preparation and building the new stadiums and infrastructure in which migrant workers was involved. The working conditions was very poor and according to reports over a thousand migrant workers in Quatar died during the years that followed the tournament.

All previous World Cup editions has been held during the summer, but the high temperatures in Qatar is the reason for the decision to arranged the tournament in winter time. In the summer, the temperature in Qatar can rise over 45°C (113°F). The average temperature is much lower in November and December, around 20-25°C (68-78°F) with an average maximum in November near 29°C (84°F).

The format was copied from previous tournaments. A first round with a group stage consisting of eight four-team groups was proceeded with a knockout phase.

In total 8 stadiums in five cities were used in the tournament:

The host nation Qatar did their first World Cup, but didn’t manage to collect any points.

The group phase saw several of the big nations fall. Germany, Belgium and Uruguay would all miss chance to advance to the Round of 16. After an impressive performance in the Round of 16 (4-1 versus South Korea), Brazil would be out in second the first playoff round after a penalty shoot-out against Croatia.

Another team in trouble early on was Argentina that surprisingly lost to Saudi Arabia 1-2 after a 1-0 lead. Argentina would successively play better and better and led by Leo Messi finally win the whole tournament.

Morocco was the biggest surprise team and become historical as the first team to reach the semi-final in the World Cup after knocked out Spain and Portugal.

Argentina won the final against France on a penalty shoot-out after 2-2 in full time and 3-3 after extra time.