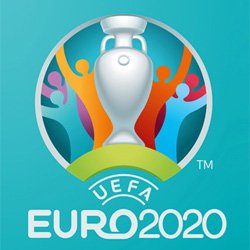 11 countries (England, Netherlands, Spain, Germany, Romania, Hungary, Denmark, Italy, Azerbaijan, Russia and Scotland) were the hosts of Euro 2020 and in total 12 stadiums were used in the tournament.

The semi-finals and the final were played at Wembley Stadium.

Note: Due to the pandemic situation, reduced stadium capacities was expected.

The top two in each group and the four best third-placed teams did advance to the knockout phase.

In total 51 matches are played during the competition.

This edition of the UEFA European Championship marked a historical novelty with 11 countries standing as shared hosts. The matches were played on several locations and stadiums. The semi-finals and the final were played at Wembley Stadium.

UEFA European Championship 2020 included 51 matches (excluding the 262 in the qualifying tournament) in which 142 goals were made (2.78 goals per match).

More about some of the participating national teams