Swindon Town FC played in Southern league 1894-1920, Western league 1897-1902 and became a member of the Football league in 1920. The club reached the top division for the first time in 1992 and have a fifth place as their best result. Among other merits is the 1969 victory in the Football League Cup. 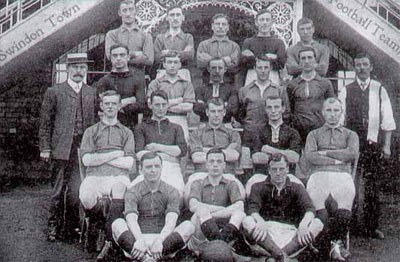 The existence of the football club began in 1879 as a merge between Spartans and St Mark’s Young Men’s Friendly Society.