Having been founded in 1893, Genoa CFC holds the title of the oldest Italian football team. Football, however, was not a section from the beginning – the initials CFC stands for "Cricket and Football Club". The later involvement of football is mostly credited to the work of an English doctor named James Richardson Spensley, otherwise known as the father of Italian football. In its early years Genoa was in fact an English club with the function of representing its country abroad. 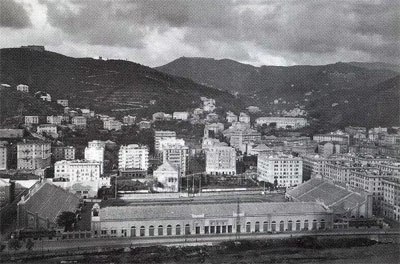 The club did originally arise as a cricket and athletic club, named Genoa Cricket & Athletic Club; it wasn't until 1897 that the football section started dominating the club. Both cricket and football were British imports and the influence could be seen in the name: Genoa and not Genova.

In 1898, Genoa is a part of the first known friendly match between two Italian football teams, the other team was a constellation of two Turin teams. In the same year is the Italian Football Federation inaugurated by Genoa and six other teams. Genoa would win the first edition of the new founded Italian Football Championship. A historical triumph, but which should be seen in the light of the fact that only three other teams were involved – Internazionale Torino, FBC Torinese and Ginnastica Torino – all Turin-based.

The first dynasty in Italian football

Genoa would win six out of the first seven Italian football championships ever organized (1898, 1899, 1900, 1902, 1903 and 1904). Their dominance came to an end with the rise of other contenders to the throne such as Juventus and Milan, and the club had to settle for playing second fiddle for the rest of the decade.

The appointment of William Garbutt as head coach in 1912 brought a lot of positive changes to the club. As the first professional manager in the country, Garbutt led the club to its seventh title in 1915; however, Genoa would only be awarded the title four years later, after the World War I had ended.

Even though many of their players died while on military duty, Genoa stayed in the top of Italian football. With Garbutt still the team manager, the club won its final two championships in 1922 and 1924 (a few years before the league change its name to Serie A). These two titles marked the beginning of the end for the club's ambitions; after winning its first and only Coppa Italia trophy in 1937, the best part of Genoa's next seven decades were steeped in mediocrity.

No longer a powerhouse

Genoa's final stab at relevance came in 1991. The club managed to reach the UEFA Cup semi-finals, narrowly losing to eventual winners Ajax. What followed was their darkest period – in 1995 they were relegated to Serie B, which was to be their home for the next ten years. In 2005, they were demoted to Serie C1 due to their part in the match-fixing scandal. Not long after that, however, Genoa earned their promotion to Serie A, where they're still competing to this day.

The upper part of the Genoa crest consists of the English flag, this is due to fact that the club in its early years represented England abroad. The main part of the crest is divided by the red and blue colors and a drawing of a griffin (a mythic creature) in the foreground.